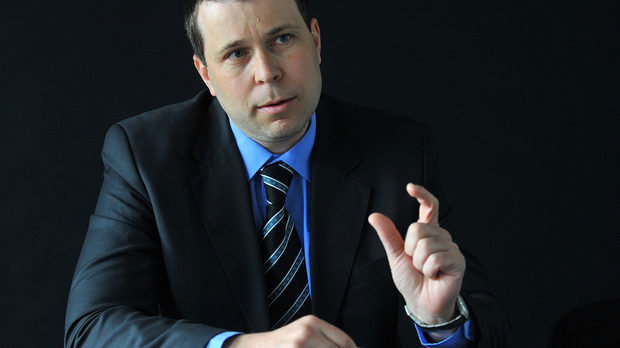 One of the largest collection companies on the Bulgarian market – Debt Collection Agency, already has a new foreign owner. Since June 9th, the share capital of the company is owned completely by the Norwegian financial concern B2Holding. The transaction, the price of which is not announced, includes the subsidiary of Debt Collection Agency for collection of inter-company liabilities in Bulgaria, namely Smart Collect as well as the Romanian business of the group working under the brand D.C.A. The acquisition was carried out through the Dutch subsidiary of B2Holding – Ultіmо Nеthеrlаndѕ.

The transfer of shares has already been entered in the Commercial Register. From the information published there, it is clear that the current owners and creators of the Bulgarian company – Martin Despov and Nina Stancheva – will continue to manage the local business for at least another three years. For 2015, DCA has revenues of over BGN 10 mln and the profit is over BGN 3.5 mln. The buyer has 115.2 mln euro revenues for 2015, net profit of 21.2 mln euro and portfolio receivables of over 3 mln EUR.

„We have been looking for an investor for some time to support our growth,” says Despov. At the same time, according to him, for about a year, a year and a half, the Norwegian company, which has ambitions to expand in the region, has also looked at the opportunities for acquisitions. On the Balkans, B2Holding has already had subsidiaries in Serbia and Montenegro, as well as in Croatia and Slovenia. The Norwegian group, which already has subsidiaries in 12 countries in Europe, also worked in Romania, where it acquired portfolios of overdue receivables but did not have their own company in the country.

The Bulgarian market is also interesting and has the potential for strong growth in the sector, considers the Norwegian group. „The banks in Bulgaria are going through a process of clearing their balance sheets and selling portfolios of non-performing receivables, and this is a field which we have extensive experience in, especially after the financial crisis in the Scandinavian countries in the 1990s, explained the CEO of B2Holding Olaf Dalen Zahl to Capital Daily.

The Norwegian manager says that for now the development plans of the Bulgarian company will remain focused on its core business – the acquisition of receivables portfolios. „In the future, we could look at the possibilities of offering other products on the Bulgarian market, such as collection of overdue receivables for third parties or financing activities,” states Zahl.

The expansion of the receivables portfolio will be the main way that the Norwegian group intends to expand its presence in the country. So far no other local market purchases are foreseen.

According to Despov, the Bulgarian group has bought over EUR 150 million in receivable portfolios, mainly from banks and telecommunication companies. „There are over 300,000 individual cases, of which 99% are retail receivables,” the manager explains. He also notes that part of B2Holding’s interests are aimed at the acquisition of secured portfolios of receivables primarily for legal entities, so this is also one of the directions in which the DCA will develop its activities in the future. „There is a practice in Bulgaria to sell such portfolios in the last three years”, he added.

It is expected that with the expansion of the activities, the team will also grow, says Despov. At present, DCA has 140 employees in Bulgaria and 40 in Romania. The forecasts for the financial results are also optimistic – 30-40% of revenue growth and for the profit of 2016.
Source: Capital.bg