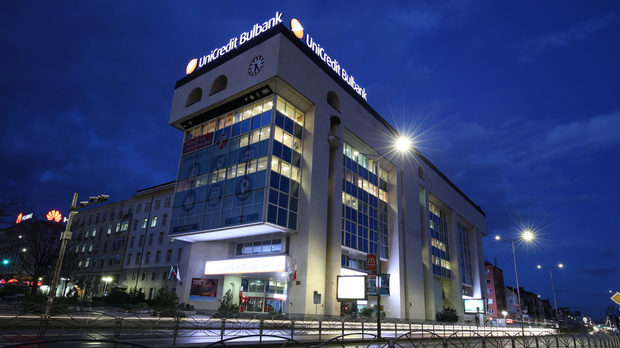 A new big deal has been finalized in the fastest-growing segment in the financial sector – bank receivables collection. On Tuesday Unicredit Bulbank announced that it had sold a portfolio of non-performing secured and unsecured corporate loans of EUR 93 million (BGN 182 million) to Debt Collection Agency. The buyer is a subsidiary of the Norwegian B2Holding. This is the largest deal ever for a portfolio of corporate bank loans since the records up to now were for consumer credits. The price has not been announced but such sales are usually negotiated within a range of 5-15 % of the nominal value of the liabilities transferred.

The transfer of Unicredit Bulbank’s portfolio has been one of the largest transactions in the non-performing debts market in recent years. The „Champion” in terms of this indicator is the sale of a portfolio of EUR 144 million (BGN 280 million) portfolio from Postbank to another of the companies, specialized in the collection of receivables – the German EOS Matrix. Unicredit Bulbank’s deal, however, is the largest in the corporate loan segment, which has not been active until now. On the one hand, the financial institutions themselves did not offer such portfolios and their efforts in this market focused on the sale of unsecured consumer obligations. On the other hand, collector companies approached cautiously the corporate receivables, which are usually secured and whose collection requires more time and is associated with higher costs for legal services and administrative fees.

The expectations on the collector sector for 2017 are for sales of corporate and secured receivables to increase and market volume to double as compared to the achieved in 2016 level of BGN 1 billion. More specific data on the market development during the past year are expected to be published later this month by the Association of Collector Agencies, which includes 75% of the companies in the industry. According to preliminary estimates, the companies in the sector have purchased overdue receivables of around BGN 1 billion over the past 12 months, including portfolios, sold by telecom operators and utility companies.

According to information from “Capital”, one of the big banks is preparing for a sale of a large portfolio of bad loans, secured by attractive properties. For this reason, real estate funds will be sought as buyers.

The preparation for the transaction of Unicredit Bulbank started in the spring of 2016 with a competition procedure between several candidates, a source from „Capital” explained. Eventually, the auction was won by DCA, which last summer became part of the Norwegian B2Holding group, by way of which fresh capital was provided for expansion of its business. According to information from market sources, the company has also won the contract of the bank’s subsidiary “UniCredit Consumer Financing” for a regular buyer of bad debts for the period 2017-2018, which envisages monthly purchase of groups of overdue consumer and commodity loans.

UniCredit Bulbank and its Italian owner, UniCredit point out that the effect of the business deal will be reflected in the first quarterly reports for 2017. „The deal is part of Unicredit Group’s plan to sell low-quality assets in order to strengthen its credit profile” the official announcement from the financial institution stated.

A month ago, the group, which together with other Italian creditors, was amongst the worst performing in the Eurozone stress tests in the summer of 2016, announced a strategic plan to restructure their activities within 2016 and 2019. It foresees increasing the fund of the Italian bank with EUR 13 billion (approved by its shareholders last week) and clearing the balance by selling bad loans at a gross value of EUR 17.7 billion. In the last months, Unicredit Group also negotiated deals for some of its subsidiaries, such as Pioneer’s asset management division, Italian online banking company Fineco Bank, and its share in the Polish bank Pekao.

A few days after the announcement of the plan in December, it became clear that the subsidiary Unicredit Banka Slovenia also sold a portfolio of non-performing debt obligations to individual and corporate clients for approximately of EUR 110 million to the Norwegian B2Holding as part of the group’s plan to strengthen its credit portfolio.
Source: Capital.bg